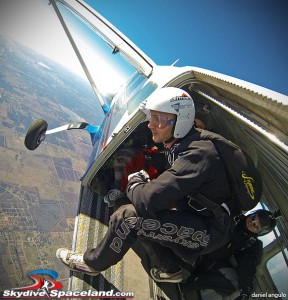 If you’re a people watcher, observing skydivers preparing for hop and pop skydives (low-altitude exits) is a lot of fun. You see everything from cool-cat, ho-hum, highly experienced swoopers practicing their craft to jumpy first-timers doing their first exits below full altitude, hoping with all their hearts to be stable enough to deploy within the 5 seconds required to graduate from student status.
With all that observation, you tend to notice a lot of people doing things right as well as some things that are frequently missed or done incorrectly. So here are eight tips on doing a safer hop and pop:
Blue skies and safe hops!